Why America Needs Its Own Admiral Gorshkov 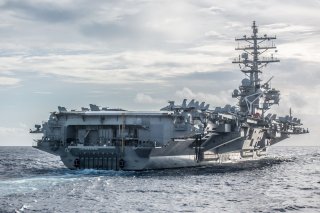 Communist China also displays a proclivity for long-serving chiefs of naval staff. Adm. Xiao Jinguang and Adm. Wu Shengli presided over the PLA Navy for over a decade, long enough to put their visions into force. In fact, Admiral Xiao, the navy’s founder, served from 1950-1980—outdoing even Gorshkov in longevity terms. Xiao fabricated a doctrine, methods, and hardware for “sabotage warfare at sea,” the ideal strategy for a country long on Maoist “people’s wars” and short on shipbuilding resources.

Admiral Wu served from 2006-2017, overseeing the most bracing time of growth and modernization in China’s naval history. Under Wu’s tutelage, for example, the navy undertook intensive fleet experiments, constructing numerous small ship classes for each ship type—guided-missile destroyers in particular. Mariners took the experimental vessels to sea to find out what elements of each design worked and didn’t work. Naval architects discarded the worst features of each design and merged the best features into a polished design suitable for mass production.

Wu was not the mastermind of Chinese naval strategy; that honor goes to Adm. Liu Huaqing, who headed the Chinese navy during the 1980s. So profound was Liu’s influence that Westerners took to calling him China’s Mahan, an officer of stature comparable to Admiral Gorshkov’s. But Wu did forge the implement necessary to execute Liu’s strategic vision, and that is no small accomplishment. In large measure the fleet now plying the seven seas represents Wu’s handiwork. Like Gorshkov and Xiao, he was the right man for his time. And Beijing granted him the time to succeed.

The upshot? Rather than enforce arbitrary term limits, Congress should change the law to allow presidential administrations and lawmakers the discretion to determine whether a commander remains in sync with the times or new blood is needed. It’s too late—and too much has happened—to keep Admiral Richardson on but Admiral Gilday is a young guy as flag officers go. He was commissioned in 1985. If he handles the rigors of great-power competition well, then he should stay on duty indefinitely. Let’s enact Machiavellian rules for swapping out leaders—and stop changing things for change’s sake.

When you find an expert steersman, keep that hand on the tiller throughout the voyage.

James Holmes is J. C. Wylie Chair of Maritime Strategy at the Naval War College. The views voiced here are his alone. This first appeared in July 2019.