Why America Would Never Actually Go and Invade North Korea 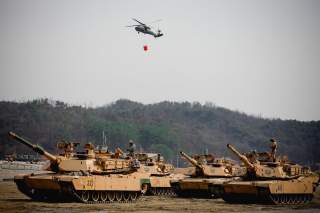 Key point: A land invasion would be very costly and a huge mistake.

Such an idea at least seems possible. According to a report in the Wall Street Journal several years ago, “an internal White House review of strategy on North Korea includes the possibility of military force or regime change to blunt the country’s nuclear-weapons threat, people familiar with the process said.”

Harry J. Kazianis (@grecianformula) is a Senior Director at The Center for the National Interest.