Why Amphibious Ready Groups are Needed in Pacific to Counter China 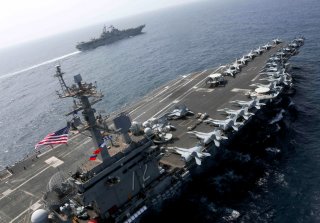