Why are There So Few Women CEOs? 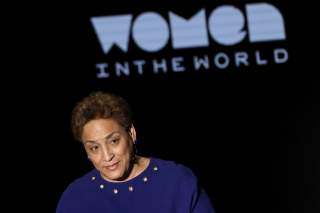 Women comprise about 47% of the U.S. workforce, yet they make up barely a quarter of all senior executives at large U.S. public companies. Even worse, only about 5% of Standard & Poor’s 500 companies have female CEOs.

Moreover, women who become CEOs are often appointed to companies that are in crisis or are performing poorly, as in the cases of Mary Barra at General Motors, Carly Fiorina at Hewlett Packard and Marissa Mayer at Yahoo!

To better understand why women are so poorly represented at the highest levels of corporate America, several colleagues and I studied differences between the careers of male and female CEOs. Our research paints a grim picture.

In 2018, I conducted a study with fellow professors of management Gang Wang and Rich Devine as well as John Bischoff, who was a doctoral student in management during the study.

We synthesized the findings of nearly 160 studies published during the past 25 years that examined the effects of gender on different aspects of CEOs’ careers. We found several surprising patterns.

For example, although female chief executives attended more elite schools than their male counterparts did, bolstering their education credentials, they were less likely to chair their companies’ boards, had shorter tenures as CEOs and were paid less. The companies they led also tended to be younger, smaller and less prestigious.

Moreover, although companies led by women or men took similar levels of risk and earned similar profits, those with female CEOs generated smaller investor returns. This finding suggests that Wall Street investors put a lower value than they should have on the share prices of companies with women in charge.

The challenge for women trying to climb to the upper echelons of corporate leadership – and to succeed in those positions to the same degree that men do – appears sobering.

What causes these big differences in the career trajectories of women and men?

Just like other workers, CEOs’ careers unfold within a labor market, with the usual components of demand and supply. That is, companies demand – and pay for – CEO labor. In turn, CEOs supply – and are paid for – that labor.

As a result, men are often considered natural leaders when they exhibit traits like aggression, whereas women displaying these same qualities might be penalized for appearing “unfeminine.”

Another problem is women are the victims of in-group favoritism. People tend to evaluate others who are similar to them more favorably. This bias hurts women because nearly 80% of board members in large U.S. public companies are men. These are the people responsible for hiring and paying CEOs, after all.

Regarding supply-side forces, there simply are fewer women at these senior levels because of social factors. For example, women perform more family duties than men do. And the need for maternity leave and absences to care for sick children hurts women’s careers.

In addition, women experience different socialization processes than men. Even as children, males tend to receive more encouragement to lead, compete and take risks than females do. As a result, men often have more opportunities to develop these skills, which also may help them ascend and succeed in CEO positions.

So what can be done to remedy the situation?

One response from policymakers has been to institute gender quotas, as California did recently for corporate boards. However, this approach focuses only on the demand for women leaders. Quotas could be ineffective – and might even be harmful.

For example, they can create perceptions that women are tokens – that is, they are there only because of their gender – which can foster a backlash and undermine their legitimacy. Such quotas also might result in the promotion of women leaders who lack the qualifications to succeed as CEOs, thus reinforcing harmful gender stereotypes.

A better approach is simply making sure women have the same opportunities to develop as men.

Workplaces that mentor female leaders and provide a better work-life balance – such as by providing paid family leave – are more likely to attract and retain women in managerial roles. Companies could also focus more on preventing biases, such as stereotypes and favoritism, from discouraging the selection and retention of women in executive positions.

More broadly, society needs to ensure women are given more opportunities to develop leadership skills – in sports and community service, for example – earlier in life as well.

If we needed a reason to push for more gender equality among the leaders of corporate America, there’s growing evidence that companies actually perform better when they have more women in senior leadership positions. A simple solution like a gender quota probably won’t get us to equality, but a comprehensive approach could.