Why The Army Is Investing In New Ammo, Rather Than New Guns 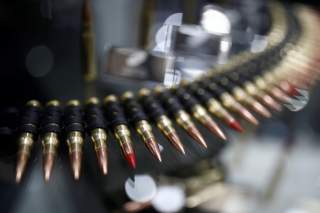 Key point: The primary problem that is preventing widespread adoption of CTSAS small-arms technology is one of systemic inertia.