Why The Battleship Could Make a Comeback (Thanks to China) 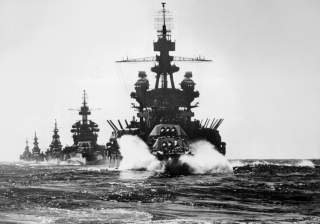 Key point: With advanced armor, a modern battleship would be a ship that could be put in harm's way in the reasonable expectation of coming home in one piece.