Why China’s Semiconductor Industry Remains Behind 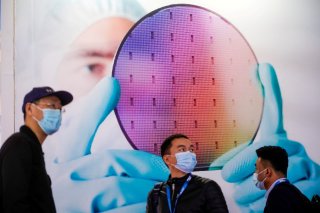 One of China’s top initiatives to promote innovation in the digital sector is the international Digital Silk Road (DSR), a component of the Belt and Road Initiative. Through the DSR, China will expand into foreign markets, secure access to foreign suppliers and consumers, and establish technological standards in information and communications technology. If successful, the DSR will provide demand for the steady economic innovation that China needs. Yet the DSR and its promise of innovation is contingent on China’s success in hardware. Although the country is facing competition abroad, the most formidable obstacles to Chinese economic innovation are domestic. China became a leader in 5G technology, but its level of innovation lags in a different sector. China’s primary innovation challenge is its lack of indigenous capabilities in high-value digital hardware, particularly semiconductor logic chips.

From 2010-2020, China attempted to consolidate the semiconductor industry, encourage domestic semiconductor companies to share research and development, have foreigners reduce export controls, and gain human capital with high skills from foreign countries. In early 2022, however, China still does not design or fabricate a substantial number of the highest-value semiconductor logic chips (Chinese market share is less than 1 percent and Chinese share of the global market is less than 6 percent). But this is only part of the problem. The two highest value semiconductor logic chips are central processing units (CPU) and graphics processing units (GPU). As George Calhoun noted, in both categories, Chinese-produced chips are not only lower-quality but uncompetitive, even in China. Why is China chronically behind in semiconductor logic design, fabs, and foundries? Does the country simply require more time, or is a different set of strategies needed? To answer these questions, an assessment of China’s primary challenges in semiconductor design and production is needed.

The most immediate issues China faces in its semiconductor industry are competitiveness and quality. Although China has some of the required technical capabilities, it does not have all or enough of them. Consider Zhaoxin, a Chinese semiconductor company. It is the only Chinese company to produce x86 CPUs (arguably the top-performing CPU), and it supplies its own semiconductor design to electronics companies Lenovo and Hewlett-Packard. Huawei and Tsinghua Unigroup each have their own subsidiary producing semiconductor logic chips, but they license core intellectual property from a British company. “Despite being one of the world’s top five semiconductor foundries in the world,” wrote Zen Soo and Meng Jing, China’s “SMIC [Semiconductor Manufacturing International Corporation] only began to produce 14nm semiconductors this year. That makes it three generations – or at least six years – behind its rivals.”

Generally speaking, China designs memory chips, which are easier to produce than logic chips, and is a leader in semiconductor assembly and packaging. Thus, while China is making progress in the design of semiconductor logic chips, it still largely produces lower-quality semiconductors. The government’s “Made in China 2025” strategy intends to supply 70 percent of China’s semiconductor demand through indigenous design and production, but it is unclear if that goal will be achieved by the plan’s deadline. In their current state, Chinese semiconductor companies cannot meet Chinese demand for semiconductors, much less global demand. This means that Chinese manufacturers will remain heavily reliant on high-quality semiconductors produced overseas.

According to a January 2021 report from Georgetown University’s Center for Security and Emerging Technology on the semiconductor supply chain, the

U.S. semiconductor industry contributes 39 percent of the total value of the global semiconductor supply chain. U.S.-allied nations and regions—Japan, Europe (especially the Netherlands, the United Kingdom, and Germany), Taiwan, and South Korea—collectively contribute another 53 percent. Together, these countries and regions enjoy a competitive advantage in virtually every supply chain segment.

Why are China’s market share and quality so low? Its rivals have most of the latest technology. China does not.

Having declared high-end semiconductors a strategic industry in the early 2000s, the Chinese government now understands that developing capabilities in this sector is a decades-long process. But in education, where the long-term battle is won, China is behind. According to Hongbin Li, et al.’s article “Human Capital and China's Future Growth” in the Journal of Economic Perspectives, in the United States, 90 percent of the labor force is composed of high school graduates; college graduates make up 45 percent (as of 2015). In China, college graduates and high school graduates made up 12.5 percent and 28.8 percent, respectively, of the workforce. China’s high school and college graduate numbers were lower than Mexico, South Africa, the Philippines, and Malaysia. Although China’s level of innovation is high compared to other developing countries, China cannot effectively compete with developed countries with its low education rates.

Lastly, it is unclear whether the Chinese government’s investment has been worth the return. Even with the United States’ recent effort to bring semiconductor manufacturing back home, incentives for Chinese semiconductor companies dwarf those offered in America. Analyst Peter Cowhey puts it this way:

China’s DSR and broader Belt and Road Initiative won’t last without indigenous capabilities— and Beijing may be running out of time.

Rhett Hatch is a master’s candidate in International Affairs at Texas A&M University. His work focuses on international relations, economics, and cybersecurity. You can reach Rhett or follow him on Twitter @hatch_rhett