Why China Is A Bigger Threat Than Russia 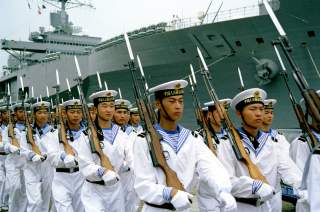 Since the end of the Cold War, a new “Red Threat” is on the horizon for NATO- and they outnumber all of us.

The People’s Republic of China is the new top threat for NATO officials, who have gathered in Washington DC, to celebrate the 70th anniversary of the North Atlantic Treaty Organization.

Several hot topics are circulating, including Italy’s bold move into the Chinese Belt and Road Initiative, as well as whether or not Chinese network supplier Huawei should be allowed to operate in NATO countries.

According to Politico, China isn’t just “a threat,” it is “the threat.”

“China is set to become the subject of the 21st century on both sides of the Atlantic,” German Foreign Minister Heiko Maas said in a speech in Washington on Wednesday. “China is a challenge on almost every topic. It is important to gain a better understanding of what that implies for NATO.”

To make matters worse, just about every nation in the Western world has commercial ties to China.

“We are partners on one hand and competitors on the other — not only regarding the economy, but we also have very different political systems,” German Chancellor Angela Merkel said at a summit in Brussels last week. “We want relations on the basis of reciprocity. We also want good trade ties with China.”

Seemingly, the weakest link in the counter-China alliance is Europe, which has to reach EU consensus on strategies before playing ball with the US.

“We could all benefit if we could develop joint approaches with the US,” said Wolfgang Ischinger, head of the Munich Security Conference. “But we don’t have an EU strategy yet, and you can’t have a joint strategy if you don’t have your own strategy.”