Why China Could Soon Be Flying Russia's Su-57 Stealth Fighter 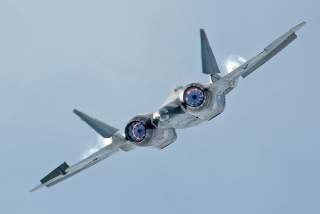 Key point: The Chinese are likely interested in the Su-57 for training and R&D purposes.

Having formally cleared the Su-57 for export earlier this month, Russia is poised to pitch their fifth-generation fighter to China.