Why China Might Draw Singapore Into a Taiwan Fight 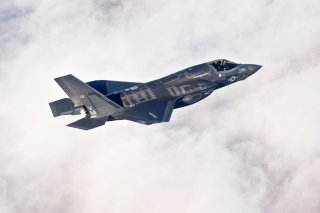 SINGAPORE—Singapore’s Sembawang area is quiet compared to the rest of the city-state. The glass, concrete, and mirror jungles of southern Singapore’s skyline are out of sight, miles to the south. In their place on the northern edge of the island are white stucco, black shuttered villas with wide lawns, and mango trees, where packs of monkeys cause a ruckus as they run through yards and over houses, testing the sturdiness of both trash bins and ceramic roof tiles. Old air raid shelters, long ago filled in and grassed over, also dot the neighborhood, testifying to Singapore’s World War II history. The irony of the shelters is that they saw little, if any, use in World War II; the Japanese conquest of the island was simply too quick.

Could it happen again?

There are over 1,000 U.S. Defense Department personnel in Singapore, although less than 200 are active duty military. A memorandum of understanding signed between the United States and Singapore governs their presence, renewable every fifteen years, most recently in 2020. The United States is careful to respect Singapore’s sensitivities. It does not refer to its presence as a base but instead speaks only of installations and facilities. Nor do the Americans operate alone. American forces are tenants of a site operated under the Five Power Defence Arrangements (FPDA), a series of agreements signed in 1971 that bring together personnel from Australia, Malaysia, New Zealand, Singapore, and the United Kingdom. The FPDA is not a standard mutual defense agreement. Participants agree only to “consult” with the others if one faces an attack. The lack of any definitive commitment remains a major weakness.

The Sembawang Naval Installation is also relatively small. Its wharf can only moor three ships. Its importance, however, goes far beyond its size. A pipeline runs three miles from the Senoko Tank Farm to enable the onloading of JP-5 aviation fuel onto logistical ships. Senoko Tank Farm is the only significant facility currently storing JP-5 for ships going from the Malacca Straits or Singapore to or from the Indian Ocean. This imbues Singapore with an incredible strategic importance that could put it in the crosshairs of any conflict with China.

Nor is it just operations in the Indian Ocean for which the Senoko Tank Farm and the Sembawang Naval Installation are important. When the U.S. Navy left the Philippines, Task Force 73/Commander, Logistics Group Western Pacific relocated to Singapore. The U.S. Navy says that the unit “plans and executes the resupply of food, ordnance, fuel and repair parts for the U.S. Navy’s surface ships in 7th Fleet. Their mission requires operating ships across the 52 million square miles of ocean that make-up the fleet’s area of responsibility.” The 7th Fleet’s area of operations includes not only the Eastern Indian Ocean but also the Western Pacific Ocean.

While President Joe Biden has said four times that the United States would come to Taiwan’s aid in response to any Chinese attack, his aides have repeatedly sought to roll back his commitments. The confusion does no one any favor. Any attack by the People’s Liberation Army against Taiwan would likely unfold in a somewhat predictable way: China would strike with missiles, drones, and perhaps special force sabotage operations while simultaneously seeking to prevent the United States from immediately responding.

Despite its strategic ambiguity, successive administrations signal that they would respond to an attack. The U.S. Marines located their rotation in Darwin, Australia, because it is out of range of Chinese fighter jets and the Pentagon could activate them as a second strike force should China move into Taiwan. While the U.S. Navy now conducts freedom of navigation missions in the international waters of the Taiwan Strait and South China Sea, in the event of a Taiwan war, it would seek to remain out-of-range of China’s carrier-killing missiles and instead rely on carrier-launched aircraft. For air wings to remain in the fight, the Navy would have to continue to fuel U.S. carriers and amphibious assault ships with JP-5 fuel. Unless the United States quickly builds alternate facilities, this would require access to Singapore.

Singapore’s regional importance continues to grow not only militarily but also economically. New apartment blocks rise in central and northern Singapore, and property values skyrocket as the country tries to accommodate those working for financial firms and companies fleeing mainland China’s crackdown on Hong Kong. While Singapore has watched and benefited from Chinese aggression elsewhere, the country may feel immune from becoming yet another victim. Not only does the Singaporean government cultivate close ties with Beijing, but Singaporeans themselves also continue to hold positive views toward mainland China.

Many in the region suggest Singapore’s tight ties would preclude any Chinese attack on Sembawang or the tank farm to its west. This, however, ignores three important possibilities.

First, China might utilize tremendous diplomatic pressure on Singapore to force the exit of both the United States and the FPDA countries, whether or not the next renewal is in 2035. After all, if China respected such agreements, Hong Kong would still be thriving and an oasis of freedom, and the Pentagon would not be considering the Somaliland port of Berbera as an alternative to the existing U.S. base in Djibouti. If Singapore demanded the exit of U.S. forces in the run-up to any Chinese assault on Taiwan, the Pentagon would have two choices: leave or defy Singapore. The latter would likely result in Singapore inviting Chinese forces to come in a way that enables both Beijing and Singapore to present the move as another arrangement rather than an invasion.

Second, if Singapore refused to expel American forces, Beijing might respond covertly. Taiwanese officials have noted that the People’s Liberation Army Navy has trained in concealing special forces inside cargo ships. This suggests that China has existing plans to infiltrate into ports, presumably to seize them or conduct sabotage.

Finally, it is naïve to believe that an aggressive state that seeks to overturn the liberal order would necessarily refrain from an outright strike on a non-combatant state just because it would upset other countries in the region. Men like Xi Jinping simply do not care or believe that, in a new Chinese order, it is natural for supplicant states to pay a price, especially if necessary to deny the U.S. Navy fuel to fly its aircraft. The Singapore Army is formidable for its size, but it does not have the strategic depth to resist.

So what should the Pentagon do?

Naval aviation will be essential in the defense of Taiwan. While the Pentagon appears willing to stockpile additional weaponry on the island nation, it must also ensure that not all its JP-5 eggs are in a single basket. A single tank farm is not enough, nor are two. If Biden is serious about protecting Taiwan, America’s position in the Pacific, and the liberal order, it is essential that the U.S. Navy has multiple alternatives to Singapore for its operations in the Indian Ocean and the Western Pacific.