Why Is China Threatening To Use Force Against Taiwan? 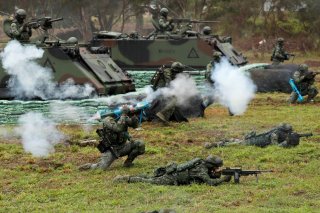 The relations between Taiwan and China have not been cordial since President Tsai Ing-wen came into office in 2016. However, the lack of détente has recently given in to overt military actions. Chinese fighter jets, emboldened, are now crossing the so-called “median line” of the Taiwan Strait—violating the implicit agreement between major powers not to cross that line over the past several decades. These surprised “visits” by China triggered a series of hasty reactions as Taiwan’s air force scrambled jets to evict potential threats.

Much ink has been spoiled on how China’s irresponsible actions could pull both sides or even the United States into an unwanted military conflict. It also sparks a series of debates about whether the United States should ditch its long-standing policy of strategic ambiguity toward Taiwan for a more explicit security guarantee.

Aside from these policy discussions, what is puzzling to scholars of international relations theory is why China is now employing overt military actions against Taiwan. Taiwan and China have successfully maintained the current status quo since the most recent missile crisis in 1995-96 (also known as the Third Taiwan Strait crisis), during which the United States dispatched two aircraft carrier battle groups to dissuade a Chinese invasion. Since then, relations have their ups and downs, but China has not been so forthright in offending Taiwan’s airspace and sending signals of war.

Realists would find the current situation as an epiphenomenon of power imbalance. As the cross-Strait military balance continues to tilt in China’s favor, it is natural that Beijing, being a great power, would like to take advantage of it for strategic reasons. The problem with this explanation is that it fails to explain why China has chosen this specific timing to do so—the cross-strait military balance has been widening for the past two decades. In reality, with recent arms sales and the Taiwanese administration beefing up its military capabilities, some might doubt if the gap really has widened that much at this current moment in comparison to prior years.

From the vantage point of deterrence, realist explanations are also incomplete. The position of the United States as an offshore balancer has not altered recently. If any, the growing U.S.-Taiwan relations and more explicit actions by the White House and the U.S. Congress should only strengthen the power of deterrence. Chinese military actions would thus indicate that China is ignoring the extended deterrent signals from the United States. It is unlikely as China is aware of the costs it would inflict if it does not heed U.S. signals.

Liberals, on the other hand, should be baffled by recent developments. That economic interdependence and institutionalization breed peace and prevent war is the principle that most scholars of liberalism agree on. Taiwan and China are doing exactly just that. At the point of this writing, at least around 1 million Taiwanese are working and living in China. China has been one of Taiwan’s most important trading partners since the early 2000s, counting for about 40 percent of Taiwan’s outbound trades in the last several years. Indeed the cross-Strait tensions since the Tsai administration came into office might slow the pace of economic cooperation on both sides. However, it does not change the fact that Taiwan is still heavily dependent on China for trade and commerce. Liberalism, again, is ill-equipped in explaining the recent Chinese military aggression toward Taiwan.

Constructivists, in this case, might get something right. For years, China has been using economic means and monetary tools to reshape the Taiwanese public’s perception of China. Chinese policymakers have been holding on to the belief that economic favors and integration will shape the beliefs, norms, and identity among the public in Taiwan, imprint pro-China ideology in their minds, and subsequently make them in favor of reunification.

Well, it has not happened. If there is any effect of cross-Strait economic integration on the national identity among Taiwanese, it seems that the Taiwanese public is increasingly seeing themselves as only Taiwanese in polls. The newest poll from the Election Study Center at National Chengchi University in June 2020 reports that 67 percent of Taiwanese identified themselves as Taiwanese, 27.5 percent as both Taiwanese and Chinese, and only 2.4 percent as Chinese only. We could attribute this phenomenon to the democratic rules and practices in Taiwan and Chinese repression of the protests in Hong Kong. In sum, the contribution of constructivism, in this case, is pinpointing the importance of identity politics in Taiwan, which has proven to be more intransigent than people in China have imagined.

Thus, how do we make sense of the recent Chinese aggression? Other subnational theories, such as diversionary behavior, might shed some light. Chinese President Xi Jinping has been under tremendous pressure from the economic stagnation due to COVID-19, and as the U.S.-China spats continue to grow, Xi may need a target that could help him rally his base at home. Taiwan is a good target: it does not share a border with China, it is not actively preparing for war, and it is an issue that feeds the public’s ego well. Not to mention, regaining Taiwan is also part of “Xi Jinping Thought on Diplomacy” (the rejuvenation of the great Chinese nation).

What Xi might also know is that nationalism is a double-edged sword. Fortunately, the public in Taiwan is mostly insensitive to those threats. So, the possibility of causing a reaction that leads to escalation is low. The same is not true for China. Undoubtedly, the public in China is riled up with recent advances in Taiwan. Seeing no strong push back from the Taiwanese side, they might falsely believe that they could do more. In the end, the pressure from Chinese nationalism might become so great that Xi’s diversionary actions could become insufficient to reduce it.

What international relations theorists often miss is the point that China is wielding its sword to Taiwan as a proxy threat to the United States. Beijing has been perturbed by warming U.S.-Taiwan relations under the current administration. Thus, recent debates among policymakers and think tanks about whether the United States should abandon its strategic ambiguity demonstrate the rapidly changing dynamics of U.S.-Taiwan relations. As a result, Xi’s true intentions are not invading Taiwan but sending a deterrent signal for the United States to back off from meddling in cross-Strait relations. However, as long as U.S.-China relations continue to spiral downward, threatening Taiwan will only make China less popular in the eyes of Americans.

Yao-Yuan Yeh ([email protected]) is Chair and Associate Professor of the Department of International Studies and Modern Languages at the University of St. Thomas, Houston.

Austin Horng-En Wang ([email protected]) is an Assistant Professor of Political Science at the University of Nevada, Las Vegas.