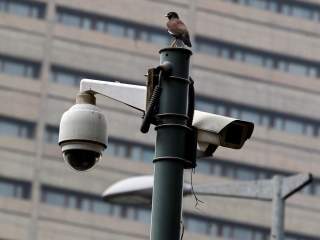 National Review reported earlier this week that a coronavirus spending package allegedly moving through Congress would not, in fact, contain language reauthorizing a handful of soon‐​to‐​expire PATRIOT Act provisions that are part of the Foreign Intelligence Surveillance Act. We’ll likely know by today whether that’s true, at least as far as the House bill is concerned.

Even so, FISA reauthorization seems to be facing a surprisingly uphill battle, for now. Less than a week ago, McConnell’s Kentucky Senate colleague, Senator Rand Paul, let it be known that President Trump would not sign a clean reauthorization of the expiring FISA provisions (which includes the never‐​used “lone wolf” provision, as well as the roving wiretap authority) in the wake of the FBI FISA scandal involving the Crossfire Hurricane investigation.

Still, it’s no guarantee that surveillance authorities that should die will, in fact, do so. In a recent podcast with the Cato Institute, perennial FISA reformer Senator Ron Wyden laid out the usual (and often successful) strategy of pro‐​FISA surveillance hawks, which simply stated is this: wait until the day before the authorities are about to expire, whip up a “24” style fear mongering campaign that says “Renew this or people will DIE!” and then call a vote on a bill that cannot be amended.

Given that prior examinations of other mass surveillance programs — illegal ones (like STELLAR WIND) and legal ones (the PATRIOT Act Sec. 215 telephone metadata program) — have shown how constitutionally violative, ineffective, and wasteful they are, it boggles the mind that surveillance hawks want to continue programs that have either never been used or never stopped an attack on this country.

The question that will be answered before the Ides of March (the date the Patriot Act provisions in question are set to expire) is whether we’ll witness yet another act of legislative cowardice that keeps the American surveillance state alive. Whether it comes attached to legislation ostensibly designed to counter the spread of the coronavirus or through some other form of Congressional trickery, Americans and reform‐​minded policymakers should be vigilant against any attempt to extend FISA’s lease on life.

This article by Patrick G. Eddington originally appeared in the CATO at Liberty blog in 2020.