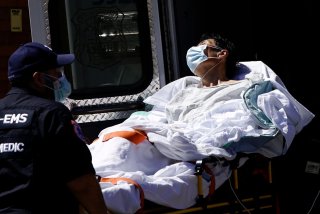 As coronavirus spreads across the world, politicians are confusing the current economic situation with a recession. The current decline in production and employment is not due to declining demand or supply, as is normally the case in a recession spiral.

Rather, it is because governments are shutting down vast swathes of the economy. It is their reactive policies which will take us into a recession that we can avoid.

An extreme hypothetical example will help clarify this. Consider a government mandate to shut all businesses on one random Tuesday for a holiday. People are asked to stay home. What happens on Wednesday? There is no significant economic impact. Employees, consumers and businesses start on Wednesday where they left off on Monday.

We could even imagine this market closure or “economic pause” being extended to two or three days, still with no significant impact. Indeed, the market closure could go on as long as consumers, employees, and businesses are able to go into a state of “suspended economic animation”. Everyone significantly reduces their economic activity, but, critically, maintains their ability to restart their economic activities where they left off.

An overly long market closure would lead us into a recession. Consumers wouldn’t be able to pay their rents and mortgages, and there would be chain reactions of unpaid bills across the economy. This in turn would reduce demand and businesses, in turn, would fire employees. We would be in a recession spiral.

To avoid this, there does need to be government intervention. Governments need to ensure that consumers, employees and businesses don’t degenerate during this state of suspended animation. They must be able to start up after the market closure where they left off before.

A different kind of crisis

Unfortunately, too many of our generals are fighting the last war. The mistaken approach currently being pursued in the US and some other countries is to simply try to inject vast sums into the economy. This is what worked in the 2008-09 recession. It is a sound approach when a supply or demand shock or slowdown leads to “normal” recession conditions. But not today.

For example, policy makers are being asked to spend a fortune keeping airlines afloat. Is this going to increase demand? No, people aren’t flying. Do do we even need many planes flying at the moment? No.

Instead, what is likely to happen is that the airlines will simply fire employees they don’t need, not fly empty planes, and then pocket the cash. Those fired employees will stop spending, go into mortgage default, reduce consumption, and our recessionary spiral will ensue.

Similarly, will the proposed US$1,000 (£766) citizen handout really provide enough money to cover rents and mortgages and food and other bills for six or 12 months, considering the ten million jobless claims filed over the last few weeks? It is a huge government outlay, but it won’t suffice.

Four targeted policies, taken together – some of which are being adopted in parts of the world – can ensure a swift economic restart:

Policies 1 and 2 are the critical “suspended animation” policies, because right now we need action which ensures businesses don’t fire workers and don’t go into bankruptcy. We need to provide these businesses with the ability to start up again (on the hypothetical Wednesday) once the crisis has passed. Similarly, we need employees and consumers to avoid default on their rents, mortgages and other bills.

For instance, Camille, the restaurateur down the street from me, worries that all the investment in her restaurant that she opened two years ago – the building of the kitchen, the remodelling and furnishing -— is about to be wiped out because she can’t afford rent payments while the doors are closed.

But if she could get a “pause” on her mortgage payments and get some basic income to survive, she could wait out this crisis and start up the restaurant immediately afterwards. Her employees, if given a pause in their rent payments and a basic living subsidy, could also wait out the storm without fear of homelessness, and come back to work.

Enacting “suspended animation” policies also reduces the government burden because there are fewer bills that it needs to subsidise. This reduction of bills will give the government more breathing room to support the paused economy for a longer period of time.

Some countries are moving in this direction, particularly around housing security. Italy has taken a half-step in this direction by suspending mortgage payments. The UK has put a three-month de facto rent delay and a mortgage holiday for affected property owners, and is promising to pay up to 80% of workers’ salaries. Even the Housing Policy Council, a trade association of the nation’s leading mortgage originators, is proposing a mortgage payment forbearance for three to 12 months.

Of course, there are no perfect solutions, but conceiving the problem as one of an “economic pause” rather than a recession will direct policy makers to smarter solutions.

By implementing policies which recognise that a state of suspended animation is not the same as a standard recession spiral, everyone can go back to work on a relatively normal Wednesday – in the hopefully not too distant future.