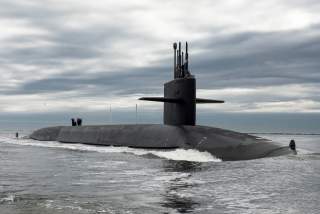 Key point: Sometimes you want an adversary to know they are there.