Why Did China's Submarine 361 Suffocate Its Own Crew? 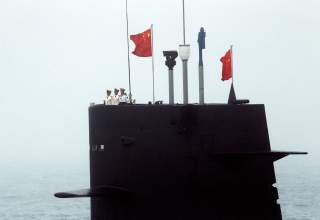