Why Did the Navy Build Super Aircraft Carriers Instead of a Lot of Medium Ones? 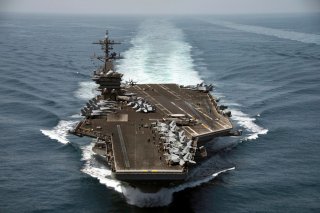 Key point: Carriers are the mainstay of American force overseas. But it wasn't a certainty that Washington would build larger carriers instead of cheaper, more numerous, small carriers.