Why Did Scientists Fuel the Vaping Panic? 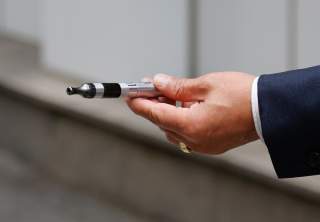 These findings highlight the need for longitudinal studies to examine the association between e-cigarette use and depression, which may be bidirectional.

And in their conclusions, the authors note “the need for prospective studies analyzing the longitudinal risk of depression with e-cigarette use.”

Correlation does not imply causation. And the fact that nicotine delivered in liquid vaping cartridges carries an association with depression among its users similar to that known to exist with nicotine delivered in combustible tobacco cigarette smoke should not come as earthshaking news.

At first blush, one is moved to ask what the researchers were trying to accomplish. The authors admit that any association between e-cigarette use and depression "may be bidirectional.” Indeed. A Duke University study in 2006 found nicotine may decrease depression in nonsmokers, and many studies show nicotine has a calming effect, and aids in cognition. It has even been found to benefit patients with Parkinson’s Disease.

It is fair to say that this study provides no real useful information. True, if, as the authors recommend, a longitudinal prospective study was performed, it might help with the question of causation, because it can then be determined which came first—the nicotine use or the depression. But even then, underlying characteristics may be causes of both depression and a demand for nicotine. And nicotine use may be a way to self-medicate for depressive symptoms but may still display first.

So why, then, was this study published? I am reminded of the influence that public policy and media narratives have on modern science. This led Stanford University Professor John Ioannidis to discover in 2005 “Why Most Published Research Papers Are False.” It is the subject of a new book, “Scientocracy,” to be discussed at a Cato Book Forum on December 17. (Full disclosure: I wrote a chapter in the book.) As I have written here, sometimes confirmation bias and politics influence which studies get published. If the study appears to add fuel to media-driven panic—in this case, the media-driven panic surrounding e-cigarettes—it stands a good chance of getting published. It seems these days as if even peer-reviewed academic journals are succumbing to the tabloid journalist dictum: “If it bleeds it leads.”

This article by Jeffrey Singer first appeared in CATO on December 11, 2019.