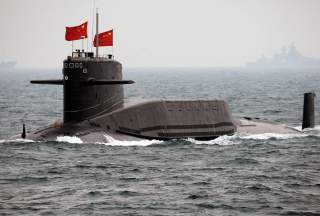 Key point: Either the cost was too high or it was just an experiment, but Beijing only ever ordered one Qing submarine. That boat carries nuclear missiles and is one serious piece of hardware.

This first appeared in December 2016 and is being reposted due to reader interest.

Sébastien Roblin holds a Master’s Degree in Conflict Resolution from Georgetown University and served as a university instructor for the Peace Corps in China. He has also worked in education, editing, and refugee resettlement in France and the United States. He currently writes on security and military history for War Is Boring. This first appeared in December 2016 and is being reposted due to reader interest.