Why Does Russia Want the United States to Buy the F-15EX Fighter? 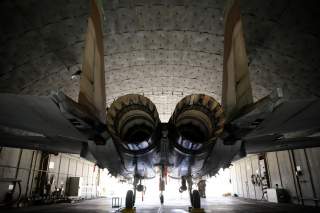 Key point: Non-stealthy F-15s will be unable to compete against peer competitors like Russia and China.

David Axe serves as Defense Editor of the National Interest. He is the author of the graphic novels  War Fix, War Is Boring and Machete Squad. This piece was first featured in April 2019 and is being republished due to reader's interest.