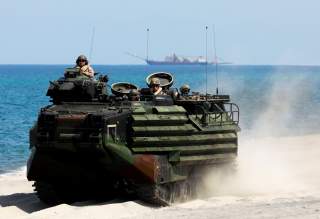 Key point: The Marines are rethinking what they need for the future of war.