Why the Drug Industry Punishes People With Health Problems 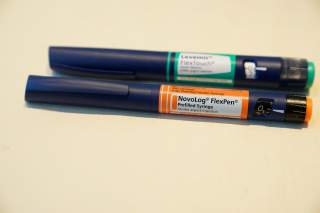 About 7.4 million people in the U.S. require manufactured insulin to stay alive. I’m one of them. I’ve lived with Type 1 diabetes for over 15 years and inject two kinds of insulin every day. These insulins are notoriously expensive, and even with health insurance, people with diabetes regularly struggle to make ends meet.

The price of some insulins is now seven times more expensive than it was two decades ago. Studies find that upwards of one in four people with diabetes ration their insulin to stretch prescriptions, putting themselves at risk of dying. As a result, advocacy groups ranging from the American Medical Association to T1International are calling the situation a crisis.

In place of political or corporate action that would make insulin readily available, an unusual social media phenomenon is developing that puts the onus on people with diabetes to stay well. Those with diabetes are being confronted with “alternatives” to high-priced insulin. The most widespread of these appears to be so-called Walmart insulin, an older and much cheaper insulin.

These older insulins have been thrust into the spotlight because of a widely circulated meme on social media that suggests people could manage their disease better if they simply purchased these products. Such insulins cost US$25 a vial and can be obtained without a prescription. However, these insulins do not present a solution to the current health care crisis. Worse, they may put some people’s lives at risk.

I’m a communication scholar who specializes in the rhetoric of health and medicine. My research focuses on how public understandings of diabetes affect political and cultural responses to the disease. I recently published a book-length study about competing conceptions of diabetes “management” and how that term guides our thinking about the disease, which can be seen as easily controlled or at other times, fatal. In that work, I detail the ways management is often reduced to a set of individual choices and, in the process, covers over more difficult exchanges about access to care and insulin availability.

Conversations about Walmart insulin follow a similar pattern by subtly encouraging people with diabetes to make fraught choices while deflecting focus on systemic changes that would improve their lives.

The limits of ‘human’ insulin

Walmart sells older versions of “human” insulin, which were once the best option for staying well. “Human” insulin is a synthetic substance that is engineered through recombinant DNA technologies to mimic insulins produced by the body. These insulins were widely used from the early 1980s until the mid-1990s. They differ from newer “analog” insulins, which absorb more quickly and give people with diabetes greater control over their bodies.

People who resort to Walmart insulins, especially those who transition to it after years of using analogs, often struggle with the lack of flexibility and more precise timing required when using older forms of the substance. If insulin does not absorb quickly enough, it leaves people imperiled.

This is exactly what happened to 27-year-old Josh Wilkerson this past summer. The Washington Post reports that after aging out of his parent’s insurance, Wilkerson transitioned to Walmart insulin to afford treatment. But the older insulin did not take. He suffered multiple strokes, went into a coma and eventually died. His blood sugar was reported to be 17 times higher than normal.

Although it is difficult to assess how many people have experienced complications from adopting these insulins, we do know that the price of analogs continues to rise, as do rates of diabetes. As such, the number of people pursuing Walmart insulin as an alternative is likely to increase.

Of course, changes to a lifesaving medication like insulin should be made in consultation with a physician. But access to medical care holds the same challenges that prescriptions do. It requires money and time.

And if people are transitioning to Walmart insulin, they likely don’t have either of those.

With November being Diabetes Awareness Month, the occasion offers us an opportunity to be more aware of the medical advice we post to social media. Those who share information about these older insulins are inadvertently putting the onus on people with diabetes to stay well, even as such insulins are not effective for everyone. Diabetes advocates have repeatedly warned about the limitations of Walmart insulin but such messages continue to circulate unabated.

These memes regularly appear on my own social media, but they are never accompanied by a critique of insulin prices, the health care industry or the alleged price-gouging practices of pharmaceutical companies. In my analysis, these posts suggest that insulin is accessible, and if a person with diabetes does not pursue a cheaper option, it’s their fault, not the fault of opportunistic insulin manufacturers.

I believe Walmart insulin magnifies a class-based system of health care access, where people with insurance or money can access insulins that others cannot. Advocates like Laura Marston contend that the U.S. is the only developed country that pushes patients to utilize antiquated insulins rather than work to make analogs available.

Policy experts who study insulin contend that the best way to help people with diabetes is to cap the amount that can be charged for analogs. Colorado has recently moved to do just that, though the law does not appear to cover everyone. Two of the three corporations that manufacture analog insulin claim they are moving toward generics, but those are yet to have any effect on the market and are still four times more expensive than analogs sold in Canada.

When I was diagnosed, a nurse educator warned me to watch what advice I take from people. Everyone thinks they know something about diabetes because everyone knows someone who lives with, or died from, the disease. Conversations about Walmart insulin reproduce this logic by subtly suggesting that people who do not live with the condition have vital information about the disease that people with diabetes do not. People like me know what we need to live: insulin. And if we know there are better forms of the medicine that would keep more of us alive, why not advocate for those possibilities?