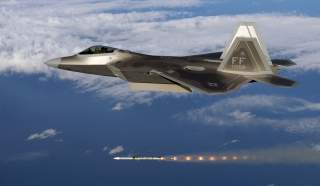 According to Air Force Magazine, Rep. Neal Dunn (R-Fla.), the congressman representing Tyndall Air Force Base (AFB), Fla., wants F-22 stealth fighters to temporarily return to the recovering base for training until their next home is fully ready to take on the Raptors.

The U.S. Air Force (USAF) in March announced a proposal to move the F-22 training unit from Tyndall to JB Langley-Eustis, Va., after a Category 5 hurricane slammed the Florida base last fall.

As already reported, with 11,000 military and civilian workers, Tyndall suffered catastrophic damage from Hurricane Michael last October. The estimated cost to rebuild the base is $4.7 billion.

Most of the F-22 Raptor fighter jets that were housed at Tyndall AFB before the hurricane were moved to other bases.

The Raptors should be reassigned to units in Alaska, Hawaii and Virginia. Those squadrons will have 24 aircraft instead of 21.

“We have recommended that the best path forward to increase readiness and use money wisely is to consolidate the operational F-22s formerly at Tyndall in Alaska, Hawaii and Virginia, and make the decision now to put the next three squadrons of F-35s beyond those for which we have already made decisions at Tyndall,” said Secretary of the Air Force Heather Wilson last December.

Nearby Eglin AFB, Fla. hosts Raptor training in the meantime.

But on Aug. 12, Dunn argued in an letter to Acting Air Force Secretary Matt Donovan that the workload is too much for Eglin, and Tyndall is ready to take its fighter jets back.

“Eglin has borne the stresses brought on by a sudden increase of personnel and aircraft this past year,” Dunn wrote. “Our flight line at Tyndall is now capable of servicing this mission and is the only site in the Southeast US capable of handling some of the more demanding maintenance issues with this unique aircraft.”

Eglin needs the capacity to prepare for its next F-35 squadron, instead of putting that effort into the F-22s, he added. Also, Tyndall still hosts F-22 flight simulators and faculty while the aircraft are at Eglin—meaning many airmen, crew members, maintainers, and engineers commute four hours almost every day for work.

Before the storm, Tyndall AFB was home to the 325th Fighter Wing–comprised of two F-22 squadrons. One was operational and one was training. The base also hosts the 1st Air Force, the 53rd Weapons Evaluation Group, and the Air Force Civil Engineer Center.

The Air Force is studying the environmental impact of moving F-22 training and the associated T-38s to Langley, which Virginia lawmakers called for earlier this year. The service believes Langley already has the infrastructure to handle F-22 readiness and pilot production.

Vice President Mike Pence tweeted on Aug. 6, 2019 that squadrons of F-35 fighter jets will be based at Tyndall Air Force Base (AFB) outside Panama City beginning in 2023.

According to The Associated Press, the Air Force had previously conducted an evaluation showing Tyndall can accommodate three F-35 squadrons.