Why the F-22 Raptor Might Be in Serious Trouble 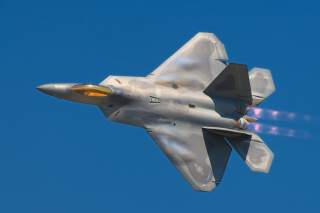 Poor U.S. Air Force organization and management have contributed to problems with the F-22 Raptor fighter, according to a new Government Accountability Office audit.

F-22 availability, already diminished by maintenance problems endemic to the complex and finicky stealth fighter, has been further reduced by the small size of F-22 squadrons and the practice of deploying small detachments from individual squadrons overseas. The combined effect has been to reduce F-22 availability to the point where there are neither enough planes to meet mission requirements nor to provide pilots with sufficient training for air-to-air combat, which is the Raptor's primary role.

"The small size of F-22 squadrons and wings has contributed to low aircraft availability rates," according to GAO. "Further, the Air Force practice of deploying a small portion of a squadron makes it difficult for F-22 squadrons, as currently organized, to make aircraft available for their missions at home station. The Air Force would also face difficulties generating aircraft to support DOD’s concepts for using distributed operations in high threat environments with its current F-22 squadron organization."

Typical Air Force fighter wings comprise three squadrons of 24 aircraft apiece. F-22 wings comprise one of two squadrons of 18 to 21 aircraft apiece (GAO notes that F-35 wings will be organized according to the traditional model, with two to three regular-sized squadrons per wing). Larger wings are considered more efficient because equipment and personnel can be shared, thus two-squadron F-22 wings in Alaska and Virginia have enjoyed higher aircraft availability than single-squadron wings.

To some extent, this fits the Air Force's shift toward distributed basing, where small sub-units of fighters are deployed at multiple locations rather than a few big -- and vulnerable -- forward air bases. But that won't work with the current F-22 organizational structure, which the Air Force last reviewed in 2010 -- after which it eliminated one squadron so there would be enough to distribute to the remaining units.

Not surprisingly, lack of available aircraft has affected training.

"However, F-22 pilots are generally not meeting those minimums, according to the officials, and F-22 operational squadrons have reported numerous shortfalls. For example, one squadron identified training shortfalls in its primary missions for four consecutive years in its annual training reports. Another squadron identified training shortfalls in one of its primary missions, offensive counter-air, in three of the last four annual training reports."

Pilots also can't train because they are tasked with homeland security, even though air defense is a mission that could be handled by other aircraft. 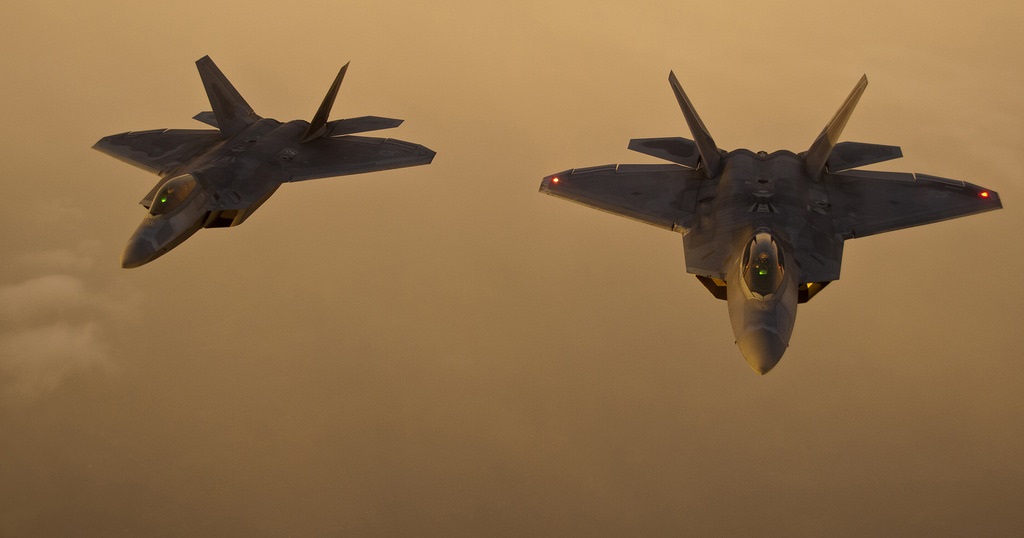 "Operational squadrons in Alaska and Hawaii have F-22 pilots sitting alert in order to address the 24-hour per day alert commitment," GAO says. "During this time they are not able to train for their high-end air superiority missions. Further, the squadrons must dedicate a number of mission-capable aircraft to this mission, which is more challenging for squadrons with a smaller number of aircraft. Squadron officials from one location estimated that they could generate hundreds of additional training sorties on an annual basis if they could use the aircraft that are currently dedicated to the alert mission."

GAO does acknowledge that a large part of the availability problem is the stealth materials on the F-22s skin, which require frequent and lengthy maintenance. The coatings, which are good for 8 to 10 years, are also reaching the end of their service life -- in part because many F-22s are not based in climate-controlled hangars.

Michael Peck is a contributing writer for the  National Interest. He can be found on  Twitter and Facebook.