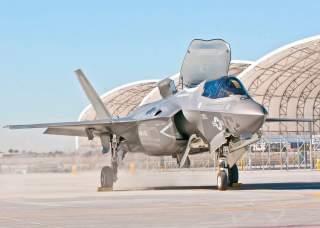 Key point: The Navy and Air Force need a way to deter and, if necessary, eliminate enemy ships. This is where F-35s armed with the Naval Strike Missile come in.