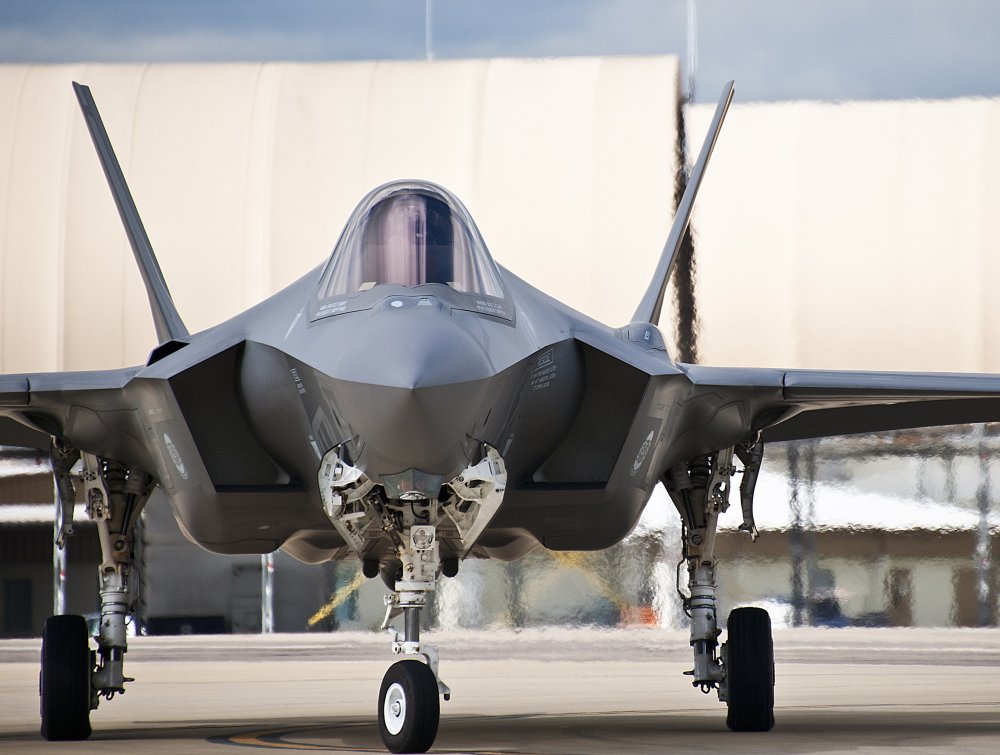 So why is a super-expensive, fifth-generation, stealth-with-all-the-bells-and-whistles aircraft being used to drop bombs presumably on a bunch of AK-47’s and RPGs?

I got a little bit more out of the military public affairs types on the recent “combat debut” of the F-35B in Afghanistan, and it turns out the $115 million stealth aircraft was used to obliterate a static cache of enemy weaponry.

Now, I originally intended to use this column to criticize the U.S. Marine Corps for putting together what appeared to be a big, taxpayer-funded PR stunt. Indeed, my inbox was inundated with press releases, photos, and video from the strike that the service clearly wanted (and subsequently got) covered in the media.

However, it’s not really the Marine Corps’ decision to drop bombs in theater. Personnel at U.S. Central Command are the ultimate authority on what kind of aircraft are used in its area of responsibility, and a spokesman told me that this wasn’t a one-time thing: The squadron involved is now “in the rotation” with other platforms to hit targets in Afghanistan and elsewhere.

Still, the F-35B in question was launched from a ship somewhere in the Arabian Sea (roughly a 1,000 mile one-way trip) to hit a static target on the ground. According to Navy Cmdr. Grant Neeley, a U.S. Forces-Afghanistan spokesman, the target was a mined weapons cache that ground forces were unable to clear. The ground force commander then called in an air strike, and he received two: A GBU-12 (cost: $19,000+) and a GBU-32 JDAM (cost: $22,000).

So why is a super-expensive, fifth-generation, stealth-with-all-the-bells-and-whistles aircraft being used to drop bombs presumably on a bunch of AK-47’s and RPGs?

Perhaps I sound like an old man yelling at a cloud here, but using the world’s most expensive aircraft to kill a bunch of guns on the ground doesn’t seem like the best use of taxpayer money. That’s not to mention the fact this particular aircraft, with a range just over 1,000 miles, probably had to get aerial refueling on the way in and on the way out.

Meanwhile, there are plenty of manned and unmanned aircraft at Bagram Air Field and other sites in Afghanistan. For a target as insignificant as this, a Predator drone would’ve done just fine, or perhaps it could’ve been punted to an Afghan Air Force pilot. Lord knows they need the practice.

On the same day the strike took place, Deputy Secretary of Defense Patrick Shanahan implored his department to “work at all levels to find ways to save time [and money]” in a post on Twitter.

Sir, I think I found one.