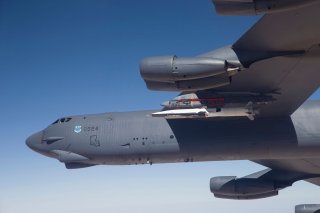 And it’s not just Russia and China. Technology can proliferate. In the past, other countries have demonstrated their ability to acquire technology and reverse engineer it. Hypersonic weapons are one of the most prolific emerging threats, and the United States must remain ahead of the game in advanced hypersonic weapons development.

During my time at the Defense Advanced Research Projects Agency and most recently at Raytheon, I witnessed some of the great things that can happen when government and industry partner to develop advanced weapons for the good of our country — and we’re doing it again with hypersonics. U.S. lawmakers last year passed a law requiring that hypersonic weapons be operational by 2020; the Department of Defense’s proposed budget through fiscal 2024 calls for upward of $10.5 billion in hypersonic weapons development. Industry leaders are joining forces to tackle the technological challenges involved with hypersonic flight head on.