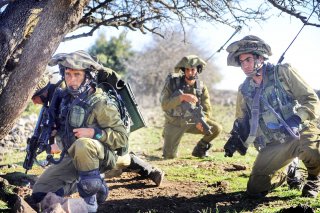 Here's What You Need To Remember: The Tavor is used by various units -- especially special forces and police SWAT teams -- in almost 30 nations. As is common with Israeli arms, these include several South American, Central American, African and Asian nations, including Colombia, Mexico, Guatemala, Senegal and Nepal.

The Uzi is still around but showing its age, supplanted by more modern submachine guns like the FN P90. Now Israel's modern firearm is the Tavor assault rifle, manufactured by Israel Weapon Industries, which is now making its latest Tavor 7 model available in the United States. First introduced in 2001, the Tavor was selected by the Israel Defense Forces in 2009 to replace the American-made M-16 and M-4 as its first-line rifle.