Why It Would Take at Least 100,000 Soldiers to Invade Venezuela 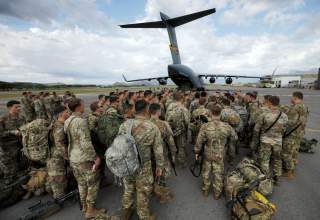 Key point: If Trump decides to eventually strike Venezuela, an actual-attempt at regime change would be a huge endeavor. Venezuela is large and would need many troops to secure it.

Navy admiral Craig Faller, SOUTHCOM commander, on May 2, 2019 told a Congressional committee the most likely scenario is a military-led mission to help U.S. citizens evacuate Venezuela. Around 200 U.S. troops are in Colombia and immediately could assist with an evacuation.