Why the Japan-America Alliance Works 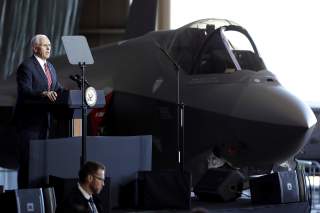 This long postwar past demonstrates that Japanese-U.S. ties have grown deeper than just common cause in geopolitics. Both nations have found common bonds at the civilizational level. Through our history and popular culture, we have formed an identity that makes what we share always more important than what makes us unique and different.

The Future of the Future

There are still ups and down, though assessments that the Trump-Abe “bromance” is over are way overblown.

The Japanese government expressed serious concerns after Trump’s meeting in Singapore with North Korean Supreme Leader Kim Jong-un on June 12, 2018, fearing the United States would compromise too much, too quickly. Those concerns have largely subsided.

The Japanese were also wary about U.S. trade, particularly Trump’s refusal of the Transpacific Trade Partnership (TPP) and the White House tariff policies. On the other hand, Tokyo viewed progress on U.S. trade negotiations with Mexico and Canada as a promising sign. They are starting to think Trump could well win his trade war with China. Tokyo now thinks that through the U.S.-Japan Economic Dialogue, in the long-run, the two countries will find a path forward for pro-growth policies for both nations.

Today, the U.S.-Japan alliance is the cornerstone of the effort sustain a free and open Indo-Pacific in the face of disruptive Chinese expansion. The just-released annual Defense of Japan white paper (2018) concluded that strengthening the alliance is “more important than ever.”

Critics looking for evidence that the U.S. is withdrawing from the world stage or doesn’t value allies, trade, partnerships and institutions will need to look elsewhere. The state of the Japanese-U.S. relationship suggests just the opposite.

This may be bigger than Trump. The two nations have forged bonds beyond those of just allies. Maybe Trump just knows a good thing when sees it.