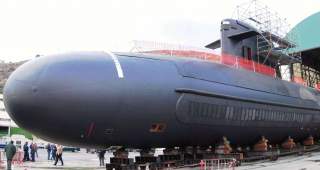 Key point: No matter how advanced a submarine is, you should always close all the hatches.