Why Legendary Investor Jim Rogers Is Bullish on the Dollar 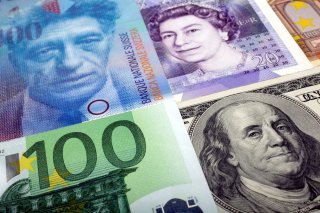 At Freedom Fest in Las Vegas, legendary investor Jim Rogers explained that he is currently betting on the dollar, but expects a big dollar bubble in the medium term. He sees no future for the euro.

Roger’s call to back the U.S. dollar is surprising at first glance, because he made a great deal of money as a so-called “contrarian investor.” Contrarians base their investment philosophy on swimming against the tide. Rogers was successful with this approach from very early in his investment career. From 1973 to 1980, the value of the Quantum Fund portfolio, which he managed at the time with George Soros, increased by 4,200 percent, while the American S&P index rose by about 47 percent. The Quantum Fund was one of the first truly global funds. In 1980, Rogers decided to “retire” and traveled around the world on a motorcycle. He is in the Guinness Book of Records for traveling through 116 countries by motorcycle. Today, the American investor lives in Singapore.

Rogers has stuck to his philosophy. At Freedom Fest, the largest libertarian conference in the United States, which is running from July 14–18 in Las Vegas with 2,500 attendees, Rogers declared that he would continue to act on the principle of buying on panic and selling on euphoria. But why then has he decided to bet on the dollar? After all, there is no sentiment against the dollar right now, quite the opposite.

At the conference, Jim Rogers explained that while he himself did not consider the dollar to be a safe haven by any means, that is precisely the view held by a majority of investors. This reminded me of the saying of the late investor André Kostolany, who died in 1999, who spoke at a conference on countercyclical investments I attended shortly before his death: “In principle, you can only make money by swimming against the tide, but sometimes you have to play dumb and go with the crowd.”

Roger’s argument sounds similar: In uncertain times, the dollar gains because investors (wrongly, in his opinion) view the dollar as an anchor of stability. Therefore, he is betting that the dollar will continue to rise strongly. “But at some point there will be a huge dollar bubble, and I hope I’ll notice the first signs of its collapse in time. That’s when I’ll sell the dollar.”

Rogers is not a fan of the euro, which he sees as an artificial currency that will eventually collapse. And he doesn’t think much of the yen, because the Japanese central bank is obsessively printing money. However, he also stated that he does not short the euro or other currencies (that is, he does not speculate against them), although he has made a lot of money in the past with short selling.

Rogers believes that U.S. equities are highly overvalued, as are government bonds, which are experiencing the biggest bubble in history. In equities, he believes there are more opportunities in emerging markets, which have performed very poorly over the past 10 years. “Maybe there are opportunities in Uzbekistan or Cambodia,” Rogers says, but he doesn't want that to be taken as an investment idea, but rather as an example that investors are more likely to find opportunities to buy cheap in markets that no one else is interested in.

However, the most important advice Rogers gives investors is, “Don’t listen to hot tips. Don’t buy anything because some guru recommends it. Don’t listen to anyone, including me. You need to understand for yourself exactly what you’re doing. Which, unfortunately, many investors don’t.”

Rogers, who is also a commodities expert, continues to believe in commodities. He believes inflation and geopolitical developments will lead to rising prices, and commodities will benefit: “You have to have staying power as an investor, though, and that’s another thing a lot of investors don’t have. But with that in mind, the buy on panic, sell on euphoria philosophy will work.”