Why a Minimum Corporate Income Tax Is Unnecessary 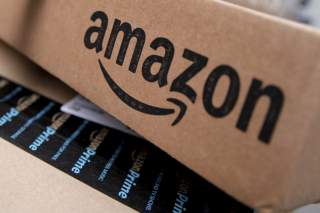 After the passage of the Tax Cuts and Jobs Act (TCJA), there have been a number of news articles reporting that some large multinational corporations had no federal tax liability even though they were profitable. Politically, it has allowed Democrats to claim that the TCJA has allowed companies to get away with paying little to no tax. As a result, The Washington Post reported that the Trump administration is thinking about proposing a new corporate minimum tax (the tax code had a corporate minimum tax until it was repealed as part of the TCJA).[1] According to the story, the minimum tax is meant to “blunt criticism from Democrats that the GOP tax law allowed many large corporations to wipe out their federal corporate taxes altogether.”

Companies reporting profits but not paying current federal income tax is driven by differences in book income (income reported to shareholders) and taxable income (income reported to the IRS). Book income and taxable income differ in how they treat things like losses from previous years, capital expenses, tax credits, and stock option compensation.

It is likely that the TCJA contributed to some companies reporting no federal tax in the last two years. The TCJA introduced 100 percent bonus depreciation. This allowed companies to deduct the full cost of new investments from taxable income. In contrast, companies will only realize a portion of investment costs each year on their financial statements. As such, some companies with large investment expenses after the passage of the TCJA may report book income, but not taxable income.

However, this phenomenon predates the TCJA and is hard to completely avoid. The ability to carry forward losses (which were already limited by the TCJA) makes sure the tax code doesn’t penalize investments that may lose money for many years before turning profitable. Many companies reported little federal tax liability the years following the great recession.

It’s also possible that the rising stock market is contributing to companies reporting book profits, but no federal tax liability. Financial accounting requires companies to record the cost of stock options based on its estimated value when the options are granted. However, for tax purposes, companies can deduct the value of stock options when those options are exercised. If the market rises significantly and the value of those options climb, a company may receive a much larger deduction against taxable income than what they reported on their financial statement.

The politics of this issue are understandable, but is a new corporate minimum tax necessary? If the administration is concerned about how the tax code treats certain transactions, they should address them directly rather than layer a new tax on top of an existing one. For example, repealing expensing and accelerated depreciation helps close the gap between book and taxable income. However, these are policies that help to move the corporate tax code closer to taxing corporate cash flow. Repealing expensing or accelerated depreciation would increase the cost of capital and could negatively impact output. This sort of change would work against the Trump administration’s goal of increased capital investment and economic growth.

This article by Kyle Pomerleau first appeared in 2020 on the AEI Ideas blog.