Why the Navy SEALs Loved the Sig Sauer P226 Gun 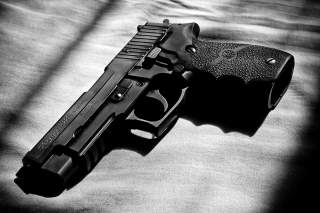