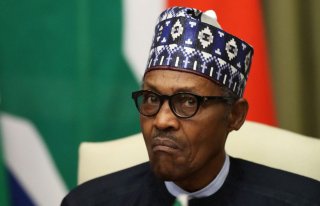 Earlier this year, begging bans were announced in two states – Nasarawa and Kano – in Nigeria. There are some similarities as well as some differences between the two bans, and to a prior one in Kaduna state.

I have been reminded several times that the bans are street begging bans rather than a ban on the practice of Almajiranci – a system of Qur’anic schooling predominant in Northern Nigeria which sees young boys sent off to live with a Malam (teacher) to study the Qur’an. The boys often end up begging on the streets.

Nevertheless, based on my insights into Almajiranci during the course of my research, I would argue that the bans are really aimed at the practitioners of Almajiranci. In the case of Kano, the statement by the government went as far as to make this clear.

The issue has been back in the news in Nigeria again recently following the Northern Nigeria’s Governors forum coming together to insist on a ban in the light of COVID-19. States have started the process of repatriating young almajirai.

Almajiranci-related begging hurts the sensibilities of Nigerians. This is not without reason. The sight of young boys on the streets, shivering in unseasonal temperatures and sleeping in the open, is very hard to take.

In my research I examined the mainstream discourses around Almajiranci. Populist policies such as the recent begging bans fit into mainstream narratives that seek to represent the Almajirai only in a negative light. What I found is that sensationalist story lines that portray Almajirai as beggars and violent misfits can cause the young men – and the system of education – to be viewed antagonistically. The COVID-19 pandemic and the headlines reporting that some almajirai have been infected also fits into this scenario. Almajirai as ‘vectors of disease’.

The point here is: if almajirai are only conceived as beggars and as a nuisance then a ban, to many, takes care of that.

In this clip, I acknowledge why people would advocate for a ban. Almajiranci as it stands can be quite ugly to watch.

A look at the ban

There are lots of similarities in the structure of the bans announced by three different governments, with the focus appearing to be on all beggars on the streets rather than young almajirai per se.

when almajirai are caught begging, it is not only the beggar caught but his parents or guardians, and they will be taken to court to face the full wrath of the law.

In the course of my research, I found that young almajirai often beg for sustenance and that as soon as they reach a certain age, would much rather work than beg. There is, therefore, a temporal nature to this begging and it is something which can be stopped given other alternatives.

Many of Nigeria’s urban poor also get by working in the informal economy, often for pittance. It’s sometimes a wonder that the country doesn’t have more beggars. In this light, why find creative ways of increasing the suffering of the already suffering?

The issue with the bans is not only that they are ill thought through, they are also premature and not enforceable. Not in a society that has no welfare system in place to care for its most vulnerable. Or a society which doesn’t have the justice or prison system to accommodate those who will inevitably fall foul of the law. There are many steps to be taken first, before we get to a ban.

The logical steps would be to make sure every almajirai has been accounted for, and taken basic care of, before moving on to a ban in the long term. To use the cover of a pandemic to quickly rush through a ban seems disingenuous.

My argument as a scholar remains that, if you have a system of education in place with an estimated 8 to 10 million boys already in it, the logical thing to do would be to modernise these schools, widen the curriculum, improve living standards, improve the Malam’s pedagogical skills, feed the boys and provide extra vocational training.

Even though it is quite problematic as it stands, the Almajiranci system was once functional. It did not deteriorate to what it is in a day. A ban will not undo decades of decay, so the government needs political will and continuity. It needs to acknowledge the need for a more holistic reform across its education system, to find a way to integrate Almajiranci. Northern Nigeria governors also need to act with one voice on this.

I consider a ban a knee-jerk reaction that would drive the system underground. This might work for some of the governments of the states in northern Nigeria, if all that they want is for the poor to go and be poor elsewhere. A case of out of sight is out of mind.

Using the cover of a pandemic to push through an Almajiranci ban only panders to populism, it does not address the system’s many other drivers and sustainers – social and economic. The country’s groaning public school system is also incapable of absorbing millions of young Almajirai. As the schools stand, they are the preserve of the poor and the choiceless anyway.