Why North Korea Has Nuclear Weapons (Is America Partially to Blame?) 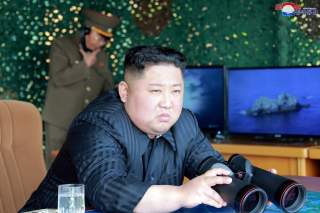 In the subsequent months, Pyongyang would closely observe the U.S. invasion of Iraq, another country run by a despotic regime that had nonetheless allowed the entry of international inspectors and, as it turned out, abandoned its nuclear- and chemical-weapons programs. This event reinforced Pyongyang’s determination that nuclear weapons, not adherence to treaties and bargains, were a surer guarantee of the regime’s survival.

Three years later, on October 9, 2006, North Korea performed its first detonation of a nuclear device at Punggye-ri. In the subsequent years, the Bush administration would offer Pyongyang generous concessions, and even removed North Korea from the list of state sponsors of terrorism, in a belated attempt to secure its re-adherence to a nonproliferation regime. But the Kim dynasty was now determined to acquire nuclear weapons, and multiple rounds of talks did little to meaningfully divert it.

Pyongyang clearly acted in bad faith when it continued its uranium-enrichment program, and it repeatedly used noncompliance with earlier agreements it had made as bargaining chips for future concessions. However, this does not change the role that inconsistent diplomatic engagement from Washington played in persuading Pyongyang to double down on its nuclear program at the expense of pursuing other paths.