Why Is the Pegasus Spyware on the Phones of U.S. Diplomats? 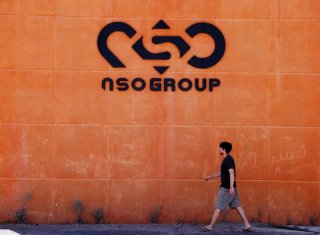 The phones of at least eleven U.S. diplomats in Uganda were found to be compromised with spyware belonging to Israel’s NSO Group on Friday, according to four high-level anonymous sources interviewed by Reuters.

The hack was conducted using the Pegasus spyware program, which was found on each of the diplomats’ Apple-made iPhones. It remains unclear how the virus was introduced to the phones, and how much information was leaked because of the breach.

Also, it is highly unlikely that the NSO Group, which sells the “Pegasus” program to foreign governments, was directly involved in the breach. An earlier investigation by The Washington Post revealed that the virus, which authoritarian governments often claim to purchase with the intent to spy on terrorists and other malicious actors, had been used by its new owners to target journalists and human rights activists. Separate investigations by Israel’s Haaretz newspaper and Qatar’s state-run Al Jazeera cable network confirmed these practices in a handful of Persian Gulf countries.

However, Apple, which has historically promoted the security of its iOS operating system over competing Android phones, has sued the NSO Group and has provided a software update that patches the security vulnerabilities used by the current Pegasus iteration. Additionally, the Israeli company has faced litigation from WhatsApp, a messenger service operated by social media giant Meta, which was formerly known as Facebook.

Finally, the U.S. government imposed economic sanctions against the NSO Group in early November, accusing it of helping to undermine the “rules-based international order” through continued service to repressive dictatorships. The Department of Commerce added it to a list of companies whose activities were considered to endanger U.S. national security. It is only one of four companies on the list, alongside Chinese telecommunications giant Huawei and Candiru, a similar Israeli firm.

The NSO Group has defended its selling practices, arguing that it works primarily with law enforcement agencies to track terrorists. It has noted in its defense that the software’s buyers were contractually obligated by the terms of service not to target journalists or activists. If evidence could be provided that a customer had done so, then that customer would be locked out of the software and face legal action. In a statement to Reuters, the company promised full cooperation “with any relevant government authority.”

The NSO Group also claimed that U.S and Canadian phones beginning with the +1 area code could not be penetrated by the software, although Apple’s lawsuit noted that U.S. citizens could use other phones and were therefore not immune to being hacked.