Why Russia May Never Get a 'New' Tu-160 Supersonic Bomber 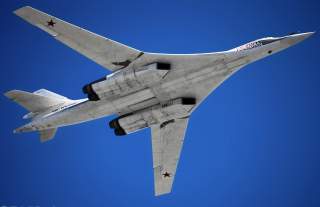 Russia has begun production of the upgraded version of the Tu-160 strategic bomber.