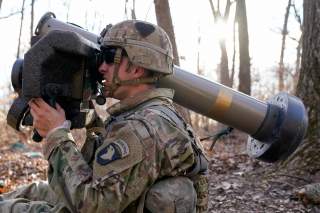 Key point: Though the Javelin may be a top-tier anti-tank weapon, it has not yet been used in combat against a modern tank, which is not true of the TOW or Kornet missile.