Why Russia's New PL-15 Pistol Is a Big Deal 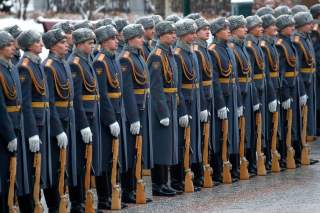 Key point: Moscow is trying to modernize the sidearms its army uses.

Charlie Gao studied political and computer science at Grinnell College and is a frequent commentator on defense and national security issues. This first appeared in June 2019.