Why Russia's Stealth Okhotnik Drone Is a Big Deal 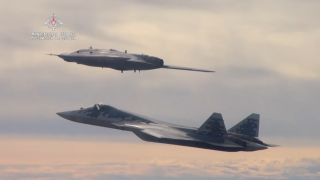 Key point: Russia has long-wanted this kind of a powerful stealth drone.