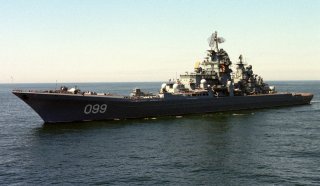 Here's What You Need to Remember: The rumors were advantageous to Moscow—if the NATO countries believed a fleet of super-battleships were on the way they would have to figure out a means to beat them, siphoning resources away from the ground forces that protected Western Europe.

As predominantly land power, the Soviet Union was fated to spend most of its resources on land forces. Sea power by necessity came in at third place. While the USSR did manage to field four  Kirov-class battlecruisers in the 1980s, it never came anywhere near to realizing Stalin’s great red fleet.