This Is Why Sturm, Ruger & Co. Is America’s Top Gun Manufacturer 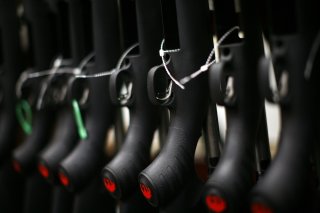 Considering that Sturm, Ruger & Company was only founded after World War II it might seem like a surprise that from 2009–2012 the company was the top-seller of handguns in the United States. Moreover, from 1949 to 2004 Ruger Firearms, as it is also known, manufactured more than twenty million firearms and has shown no signs of slowing down.

Since its founding more than seventy years ago he company clearly has done something right—and it has managed to take on the industry giants while becoming one itself. Now, it is the second-largest manufacturer in the United States after Smith & Wesson, and from 2008 to 2011 was actually the top firearms maker—and given how things are going in 2020 it may retake the top spot. Lead by the spike of gun-buying during the ongoing pandemic, Ruger had $123.6 million in sales in just the first quarter of this year.

Founded in 1949 by William B. Ruger and Alexander McCormick Sturm in Southport, Connecticut the company has a unique backstory. It all started when Ruger decided to make some simple handguns, which were little more than copies of a captured Japanese Nambu pistol that he had purchased from a returning marine after the war. With the financial backing from Sturm, the pair decided to introduce an original semi-auto pistol that also took design elements from the German 9mm Luger as well as the American Colt Woodsman.

That resulted in the Ruger Standard Model, a rimfire .22 pistol designed for casual sport and target shooting as well as simple “plinking.” It was a gun a novice could learn to shoot with, but also one reliable enough for shooters to hone their skills, which is why it went on to become the most successful .22 caliber semi-automatic pistol ever produced and included several iterations including the MkII, MkIII and MkIV.

Today it continues to dominate the .22 rimfire semi-automatic pistol market as well as the .22 LR rimfire rifle market, due largely to the sales of its Ruger 10/22 semiautomatic rifle. When people think about .22 pistols or rifles it is safe to say that they think of Ruger.

However, the company is far more than plinking guns.

Among its standout products are the Ruger American Rifle, which was first launched in 2011to be an accurate, inexpensive, mass-produced bolt action rifle for the modern hunting market; the Ruger LCR revolver, which features the latest in polymer and metal technologies to create one of the lightest revolvers on the market; and Ruger Mini-14, a scaled-down M-14 battle rifle chambered in .223 Remington.

Now more than seventy years later, the company continues to stand by its motto: “Arms Makers For Responsible Citizens,” and echoes its commitment to those principles to deliver quality and innovative firearms.