Why Sweden (Yes, Sweden) Is a Submarine 'Superpower' 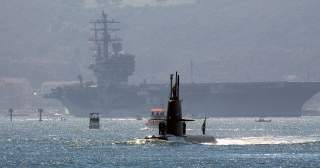 Key Point: Back in the 1960s, Sweden had begun developing a modernized version of the Stirling engine, a closed-cycle heat conversion engine first developed in 1818. This was first used to power a car in the 1970s, then the Swedish ship-builder Kockums successfully retrofitted a Stirling engine to power a Swedish Navy A14 submarine Nacken in 1988. Because the Stirling burns diesel fuel using liquid oxygen stored in cryogenic tanks rather than an air-breathing engine, it can quietly cruise underwater at low speeds for weeks at a time without having to surface.

For decades, submarines came in two discrete flavors: traditional diesel-electric submarines that need to surface every day or two to recharge their noisy, air-breathing diesel engines, and nuclear-powered submarines that could quietly hum along under the sea at relatively high speeds for months at a time thanks to their nuclear reactors.

Sébastien Roblin holds a Master’s Degree in Conflict Resolution from Georgetown University and served as a university instructor for the Peace Corps in China. He has also worked in education, editing, and refugee resettlement in France and the United States. He currently writes on security and military history for War Is Boring. This first appeared last year.