Why Ukraine Will Survive Russia's Assault 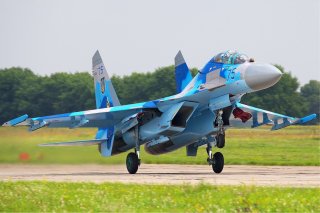 Over the past two weeks, Ukraine has desperately defended itself from Russia’s military incursion. The United Nations (UN) estimates that nearly three million Ukrainians have fled due to the war. Thousands of soldiers and civilians have also been killed. Since 2014, 1.6 million people have been internally displaced and 14,000 people killed since the initial Russian invasion in 2014. Simply put, Russia’s war has been devastating.

The situation remains dire, and the international community must do everything it can to assist Ukraine during its time of need. Amidst this tragedy, however, lies a success story. Despite the destruction caused by the Russian military, the Ukrainians have fended off its advance. According to Bellingcat, the Russian General Staff had allegedly instructed Russian troops to capture Kyiv by February 28, four days after the initial invasion. Documents provided by the Ukrainian Embassy in Washington then stated that these Russian orders were amended, and Russian soldiers were instructed to take the country within fifteen days.

Russia has failed to achieve its objectives, and the invasion is behind schedule. The Russians have yet to capture a major Ukrainian city (with the exception of Kherson), and the Russians have suffered heavy losses. Why is this the case?

First, the Russian military appears to be disorganized. There are many explanations for these setbacks. According to an Atlantic Council report, “Russian ground forces have become bogged down … due to their failure to establish air superiority.” The Russians also have “significant logistical issues.” For example, some Russian tanks have run out of gas while others have easily become stuck in the mud. Finally, the Russians have failed to meet their objectives as the operation into Ukraine was not completed within the General Staff’s fifteen-day window. In other words, the Russian invasion has been poorly planned, and the operation is not being properly executed. Finally, Pentagon officials believe that the Russian military’s morale has declined due to these constant setbacks.

Aside from the Russian military’s poorly executed invasion, the Ukrainian military’s modernization has also contributed to Ukraine’s early successes in the war. Following the first Russian invasion in 2014, the Ukrainian government began to work closely with Western organizations and institutions to implement comprehensive defense reforms and increase its interoperability with NATO member states. Ukraine also regularly participates in various NATO military exercises, and this has led to Ukraine becoming a “NATO Enhanced Opportunities Partner” and the first partner nation to participate in NATO’s Response Force. Finally, the West has provided lethal military aid to Ukraine as it blunts the Russian advance. These modern weapons have allowed the Ukrainians to defend themselves while also demolishing hundreds of pieces of Russian military equipment.

Third, but perhaps most important, is the will and grit of the Ukrainian people. For 300 years, Russian and Soviet governments have tried to subjugate Ukraine by persecuting its religion, culture, and language. Despite these attempts, Ukrainian values and traditions were preserved, and the country eventually gained its independence in 1991. Unsurprisingly, there is also a deep sense of national pride among Ukrainians. According to Bloomberg, following the Russian invasion of Ukraine on February 24, nearly 80,000 diaspora Ukrainians returned home to defend their homeland. Meanwhile, Ukrainian citizens have confronted armed Russian soldiers and have blocked Russian tanks. These events have inspired Ukrainians around the world, and it has instilled hope in the country during an otherwise challenging period in Ukrainian history. These people have fought for their independence for centuries, and they will not back down.

Overall, Russia’s second invasion of Ukraine has shocked the world. Russian president Vladimir Putin violated international law by ordering his forces to invade a sovereign state, and the Russian government believed it would take Kyiv in a matter of days. The Russian invasion, however, has not gone as planned. The current developments in Ukraine have shown that the Russian military is not as powerful as many anticipated, and that Ukrainian resistance is strong. Nonetheless, the West must continue to aid Ukraine during its time of need.

No one knows how or when Russia’s war will end, but one thing is certain: the Ukrainian people will survive.