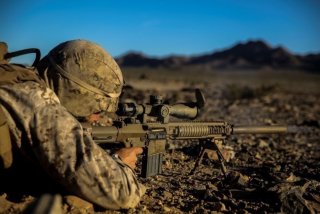 Key point: The M-24 is based on the old, but powerful Remington 700 rifle.