Why the U.S. Army Is so Powerful (And No One Can Really Beat It) 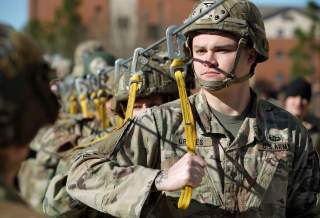 Key point: The Army is high-tech and has a strong can-do attitude. No matter what happens, they will fight on.