Why Is the U.S. Failing to Counter China’s Belt and Road? 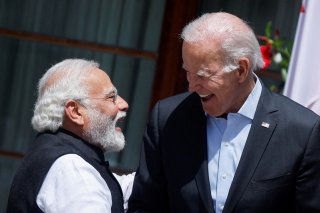 The BUILD Act created the DFC to leverage America’s strength—the free market—to counter the BRI’s state-led capitalism model and close regional infrastructure gaps. And yet, the DFC is ignoring countries with widespread BRI presence that have the most difficulty attracting private investment, especially in Southeast Asia. According to the DFC website, the organization has no active projects in Laos, a top BRI partner. Likewise, the DFC contributed only 2.3 percent of its finances in Asia between 2018 and 2022 to Indonesia, another big BRI partner in the region.

Congress is to blame for DFC’s minimal outreach to BRI recipients in the Indo-Pacific. When Congress created the DFC, legislators touted the agency in public statements as a tool that could counter China’s economic influence and have a greater developmental impact. However, these lawmakers failed to include any reference to China’s BRI or require the DFC to work towards closing regional infrastructure gaps. As a result, the DFC has no legal requirements to address top U.S. priorities in the region, allowing the agency to stray from its intended objectives.

The DFC’s shaky legislative foundation means that the core of Biden’s infrastructure goals in the Indo-Pacific is jeopardized. The DFC is the primary tool that Biden will use to deliver its promises to Indo-Pacific countries to promote “high standards“ and “sustainable“ infrastructure as stated by a variety of partnerships, including the newly announced $600 billion Global Partnership for Infrastructure Investment. If the United States does not reform the DFC to be capable of accomplishing these objectives, Biden risks being seen as an unreliable partner in the region and an empty competitor to China.

Unlike the BRI, the DFC is designed to work as a conduit to attract private sector investments for infrastructure projects in the developing world. As part of this market-first approach, Congress increased the DFC’s financing cap from $29 billion to $60 billion, gave it new tools to make equity investments, and relaxed earlier requirements of a U.S. ownership nexus.

So how has the DFC utilized these new tools? Currently, the vast majority of DFC projects and investments in the Indo-Pacific are concentrated in India, a Quad partner and a country that is one of the main proponents of countering China’s BRI. According to the DFC website, out of all active projects between 2018 to 2022, 66.9 percent were in India—despite that it is only one out of the eleven countries where the DFC operates in Asia. In addition, with the announcement of the G7’s $600 billion new infrastructure program, the DFC’s only new contribution to Asia is a $30 million dollar project in India.

India is a close U.S. partner with a massive market; thus, moderate levels of DFC investment in the South Asian country make sense. And yet, the DFC’s priority should be to work with BRI recipients that have the most difficulty attracting private investment. The lopsided focus on India does little to advance the DFC’s goal of becoming a viable alternative to the BRI across the Indo-Pacific, not just in one South Asian state.

Similarly, from a development perspective, the Biden administration’s goals of addressing climate change and solving the infrastructure gap will not be achievable if the DFC is absent or minimally investing in a variety of highly vulnerable countries in the region.

While perplexing, the most likely explanation for the DFC’s underperformance is a lack of government oversight and clear language about the DFC’s role in the BUILD Act.

As experts have noted, Congress created the DFC to provide alternatives to China’s BRI, but there is no mention of China’s BRI or the DFC’s role in providing viable alternatives to it in the BUILD Act. While Senator Chris Coons (D-DE) and other politicians rallied support for the DFC in Congress and wrote in the bill that it would “strengthen our hand to compete against China,” there was no specific reference to China in the bill, besides alluding to it with the language “provide countries with a robust alternative to state-led investments.”

Others suggest that the absence of China’s BRI in the BUILD Act was purposeful in order to preserve the effectiveness of the DFC as a developmental organization, and avoid turning the DFC into a geopolitical tool for the White House. In other words, Congress granted the DFC special finance tools to become a more effective developmental organization, with the implied goal that the DFC would become a more capable alternative to China’s BRI.

The end result of Congress’ convoluted messaging is that the DFC is neither able to accomplish regional development goals nor become a viable competitor to China’s BRI. Giving the DFC more effective tools without explicitly stating the policy objectives above means the DFC is not effectively utilizing its resources toward U.S. priorities in the region.

This is clearly seen in the DFC’s evaluation metrics. The DFC assesses the success of its projects through three “pillar” metrics—inclusion, economic growth, and innovation—inside a host country. However, there are no metrics that measure the DFC’s success across the entire region in providing alternatives to China’s BRI or closing the infrastructure gap.

The DFC’s annual report submitted to Congress each year is no different. While Congress requires the DFC to assess the development impact within a host country, it never required the DFC to analyze its projects within the context of making the largest developmental and policy impact across the Indo-Pacific. The lack of policy objectives means the DFC’s tools are not directed where they are needed most. As a result, it is not so surprising that DFC’s Asia portfolio today neglects Southeast Asia while over-concentrating its resources in India, as it has no institutional incentives to act otherwise.

For the Biden administration to achieve its developmental and national security objectives in the Indo-Pacific, it must be clear-eyed about the DFC’s structural issues. Some argue that injecting policy goals into the DFC’s institutions would take away from its developmental capacity. However, the past five years have shown that DFC is in need of an explicit policy mandate in order for it to be an effective developmental organization that has an impact across the entire region, not just in India. While U.S.-led partnerships rolled out by Biden are a step in the right direction, they will not be successful unless the DFC is reformed to be capable of addressing U.S. policy objectives.

Morgan Peirce is a China analyst based in Washington D.C. She has conducted research on Indo-Pacific security at the Center for a New American Security and China’s foreign policy at the Center for Strategic and International Studies and the National Committee on U.S.-China Relations. She completed her B.A. in Government and Chinese Language and Literature at Smith College in 2021.