Why the U.S. Navy Should Fear China's Submarine Fleet 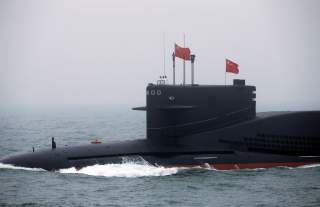