Why the War in Ukraine Won’t Cause Nuclear Proliferation 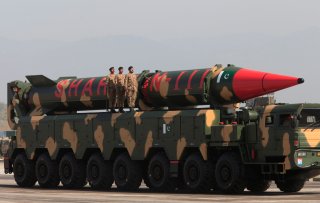 Since Russia’s invasion of Ukraine, many scholars, particularly realists, argue that more states will now seek nuclearization. Their nuclear weapons would give them a more credible deterrence in the face of existential threats. They warn against the impact of horizontal nuclear proliferation and its associated fallouts for global stability.

Although this line of argument may seem convincing at first, digging deeper, it appears to be a case of overestimating the present. These arguments miss a crucial aspect of the international system, i.e., the structural constraints on a state’s preferences and behavior. One of the lessons from the war is that nuclear weapons protect against existential threats, or at least they make a state more self-reliant for its security. However, how this learning shapes the preferences and behavior of states regarding nuclear weapons would depend on their specific regional contexts and domestic political economy.

Therefore, a better analytical question is: “Will specific countries—such as Japan, South Korea, or Saudi Arabia—develop nuclear weapons?” Answering this provides plausible reasons why highly expected states would not pursue and achieve the bomb.

First, even if survival is the primary goal of a state, it is a negotiated goal. States, especially those already a part of an alliance system, ask themselves, “what kind of survival and through what means?” Here, considerations beyond just military security, like economic performance, domestic stability, and political legitimacy, come into play. Maintaining a delicate equilibrium of resource allocation between guns and butter would shape a state’s preference for exploring less expensive and prohibitive options crossing the nuclear threshold.

So, states may see what North Korea has gained from making nuclear weapons but also recognize what it has lost—economically, technologically, and diplomatically—because of them. Iran’s desire to rework the nuclear arrangement with the United States highlights that it is not in a hurry to acquire the bomb and recognizes the high domestic and external costs involved.

Second, even though the discourse on nuclear non-proliferation does not seem to be making any progress, states may not want to test the non-proliferation regime. The N5 (the five officially recognized nuclear weapons states: the United States, the United Kingdom, France, Russia, and China) would respond promptly by placing sanctions on the violator as they have a strong incentive to maintain the status quo. Given the global trade disruptions and disputes, sanctions would be more damaging than previously thought, especially in light of the 2008 global financial crisis and the ongoing pandemic.

Third, nuclear weapons’ minimal purpose in the competition-conflict spectrum needs to be appreciated more. States find it extremely difficult to use nuclear deterrence to ward off conventional and asymmetric threats that are not existential. For example, India has not been able to deter challenges emerging from Pakistan and China. So, even if Japan and South Korea go nuclear, it would not assist them in deterring China’s creeping maritime aggression. Also, it is essential to remember that not every state in the system faces an existential threat. Assuming the Chinese threat to Japan and South Korea to be existential is an exaggeration.

Fourth, the U.S. support to Ukraine, both political and military, during the conflict has enhanced its allies' confidence in the United States’ capabilities and its security architecture. Many other non-ally states are seeking closer cooperation with the United States instead of bandwagoning to states they perceive as threatening. Sweden and Finland could have pursued the nuclear option and preserved their traditional strategic orientation of not allying. Instead, they have sought NATO membership. In the near term, the United States will be under sustained pressure to reassure its partners and do more to sustain the liberal international order, given the multitude of strategic challenges.

Unlike nuclear weapons, an alliance provides a diverse portfolio of benefits beyond military security. So, while the U.S.-led ‘hub and spoke’ alliance system complements a member state’s internal capacity to balance against threats, it also creates network effects for sharing collective benefits of the liberal international order in the economic, constabulary, and technological domains. It brings together the comparative advantages of each member state in pursuit of alliance objectives and domestic goals.

Also, alliance politics provides member states with options like freeriding and chain-ganging, which gives them flexibility in strategic maneuvering. Hence, Japan, South Korea, and even Saudi Arabia (looking to diversify its economy) would lose more by going nuclear than gain. Going for the bomb without exploring conventional and alliance options may look enticing, but the trade-offs are significant.

Lastly, it’s essential to be mindful of various regional contexts while predicting how the global nuclear landscape will evolve. The war has led to a serious rethink on the continent’s security among the European leaders. There is a renewed focus among the Western European states to boost their internal capabilities and strengthen the European Union and NATO. It would allow the United States to devote more attention and resources to the growing China challenge, thereby tempering the nuclear temptations of Japan, South Korea, and Taiwan. For Saudi Arabia, the potential security and economic benefits of its ongoing rapprochement with Israel may inhibit its urge to build the bomb.

It is not to say that the Russo-Ukrainian war would not impact the states’ thinking on the nuclear question. States, particularly those which had put this issue in a cold bag, will revisit it. However, various constraints and contexts highlighted above will deter them from going nuclear.

The history of the international system is a gloomy tale of states usually unable to achieve what they ideally want. Isn’t this also a key lesson from Ukraine’s unfulfilled desire to join NATO?

Siddhant Bajpai is a master’s student at the School of International Studies, Jawaharlal Nehru University, and is working with the Council for Strategic and Defense Research, New Delhi (@siddhantIND).