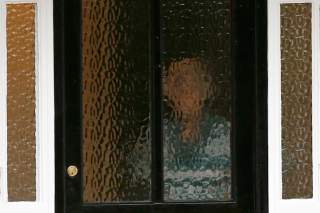 Officials in the Obama State Department in 2016 actively worked with a foreign intelligence operative — Christopher Steele — to disseminate and investigate allegations against Republican Donald Trump and his presidential campaign.

That operation bears at least some similarity to a saga unfolding in the Trump State Department involving Rudy Giuliani, the Trump lawyer who worked with State officials to set up meetings with the Ukrainian government in order to press for an investigation of Joe Biden.

In both cases, the two operatives — Giuliani and Steele — worked closely with the State Department for help with their politically-motivated investigations.

But the responses to both of those investigations could not be more stark, both in terms of how the media has covered the stories, and how lawmakers have pressured Foggy Bottom to help with oversight investigations.

On Friday, Democrats on three House committees subpoenaed Secretary of State Mike Pompeo for State Department documents related to Ukraine. The subpoena, which Pompeo is resisting, says that Democrats are looking into “troubling questions about State Department officials’ possible involvement in the President’s efforts to press Ukraine to interfere in the 2020 U.S. election.”

The subpoena came a day after the House Intelligence Committee released a whistleblower complaint that centered on a July 25 phone call between Trump and Ukrainian President Volodymyr Zelensky. In the call, Zelensky brought up that Giuliani had been in touch with his administration.

Later in the call, Trump asked Zelensky to get to the bottom of an allegation made by Giuliani that Joe Biden had once pressured a Ukrainian president to fire a prosecutor in order to help his son, Hunter Biden.

The whistleblower alleges that Trump abused his power by making the request, and that the White House tried to cover up a transcript of the phone call.

Democrats have also pushed for depositions with five current and former State Department officials, including Kurt Volker, the now-former special representative to Ukraine. Volker, who resigned Friday, was Giuliani’s liaison to members of the Zelensky administration. Volker reportedly introduced Giuliani to Ukrainian officials, and allowed Giuliani to use his office at the State Department for at least one meeting.

After Pompeo pushed back on the request for documents and depositions on Monday, the State Department’s inspector general contacted the House committees to request an urgent meeting to discuss Ukraine-related issues.

Republicans have not generated the same response, thanks in large part because of tepid pressure placed against the State Department.

For more than a year, Republicans have questioned the Obama State Department’s role in boosting Steele’s dossier, which the FBI used as part of its collusion investigation of the Trump campaign. But GOP lawmakers have been less aggressive than Democrats in getting answers from Foggy Bottom.

California Rep. Devin Nunes, the top Republican on the House Intelligence Committee, has been the most aggressive Republican asking questions of the State Department. In July 2018, he called on a GOP-led congressional task force to interview 10 officials from the Obama State Department about their handling of the dossier, and their interactions with Steele.

Sens. Chuck Grassley and Ron Johnson have also questioned the State Department. They said in a letter last month that the State Department Office of the Inspector General opened an inquiry into the Oct. 11, 2016 meeting with Steele. They said that the OIG also investigated whether Winer properly handled sensitive intelligence materials.

Much of what is known about the State Department’s interactions with Steele has come out through lawsuits from watchdog groups like Judicial Watch and Citizens United. Republican lawmakers were surprised back in May when Citizens United released notes from an Oct. 11, 2016 meeting that Steele had with State Department officials in Washington, D.C. Several top Republicans fumed at the time that they were unaware that the documents existed.

Winer was a top official in the Clinton State Department, and took a job under John Kerry in 2013 as special envoy to Libya.

Steele took on a new project in June 2016, when the opposition research firm Fusion GPS hired him to investigate Trump on behalf of Democrats.

Victoria Nuland, who served as the assistant secretary of state for European and Eurasian affairs, approved a July 5, 2016 meeting between Steele and an FBI legal attaché in Rome. It was during that meeting that Steele first provided the FBI with his allegations that the Russian government had compromising material on Trump, and that the then-GOP candidate was colluding with the Kremlin.

Winer met with Steele soon after, and first learned about allegations that the retired spook had put into his now-infamous Trump dossier.

Winer shared some of the information with other State Department officials, including Nuland. He would also serve as a background source for news articles hyping Steele’s unverified allegations. Journalists Michael Isikoff and David Corn reported in a book last year that Winer was a source for their stories published before the election laying out Steele’s allegations.

Days before the Isikoff story was published, Winer was in contact with Glenn Simpson, the founder of Fusion GPS, the firm that hired Steele on behalf of Democrats. Simpson was who set up meetings between Steele and several prominent Washington, D.C., reporters, including Isikoff.

Winer also set up the Oct. 11, 2016 meeting between Steele and Kathleen Kavalec, who served at the time as assistant secretary of state for European and Eurasian affairs.

According to Kavalec’s notes from that meeting, Steele and his employers were eager that the information about Trump and his campaign be provided to the press before the election. Ten days after that meeting was when the FBI obtained its first Foreign Intelligence Surveillance Act (FISA) warrant against Page, the Trump campaign adviser.

Steele’s dossier wound up in public view thanks to his contacts with a former State Department official, David Kramer.

Arizona Sen. John McCain dispatched Kramer to London in November 2016 to meet with Steele and collect a copy of the dossier. In late December 2016, Kramer allowed a BuzzFeed reporter to photograph the 35-page dossier. BuzzFeed published the document two weeks later, on Jan. 10, 2017.

Kramer worked closely at the McCain Institute with Volker, the diplomat who has been caught up in the firestorm surrounding Giuliani.

The Obama State Department’s role in disseminating the dossier might be a moot point if Steele’s allegations had panned out. But the special counsel’s investigation debunked the document’s core claim that the Trump campaign took part in a “well-developed conspiracy of coordination” with the Russian government.

Steele, who relied on sources inside the Russian government for much of his reporting, alleged that Trump lawyer Michael Cohen visited Prague in August 2016 to meet with Russian government officials. Cohen has vehemently denied the claim, even after he entered a plea agreement with Special Counsel Robert Mueller. Mueller quoted Cohen in his report of the Russia probe, seemingly because prosecutors accepted Cohen’s claim that he’s never been to Prague.